At least three people have died in clashes with police after a ‘derogatory’ Facebook post about  Prophet Mohammed sparked riots in the Indian city of Bangalore on Tuesday night, August 8.Local media reports said 60 officers were injured as a furious crowd attacked a police station, set vehicles on fire, and burnt down the house of a local lawmaker whose nephew was allegedly responsible for the social media post.

‘Despite elders of the community trying to pacify the crowd, the mob burnt vehicles on the road, they attacked the police station,’ Police Commissioner Kamal Pant said.

‘The police had no escape and they had to resort to firing and three people died,’ Pant said, adding that 110 people had been arrested for alleged vandalism and attacking the police. 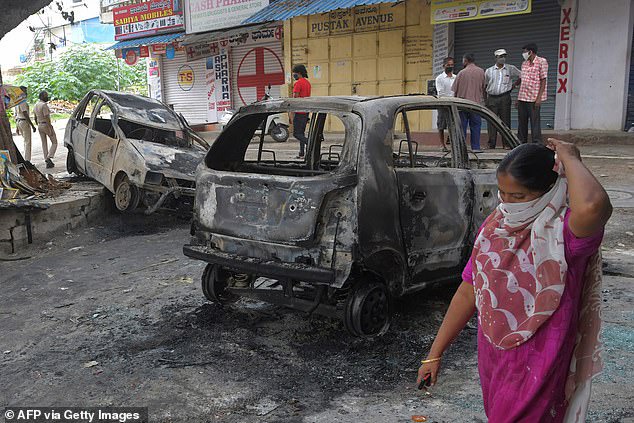 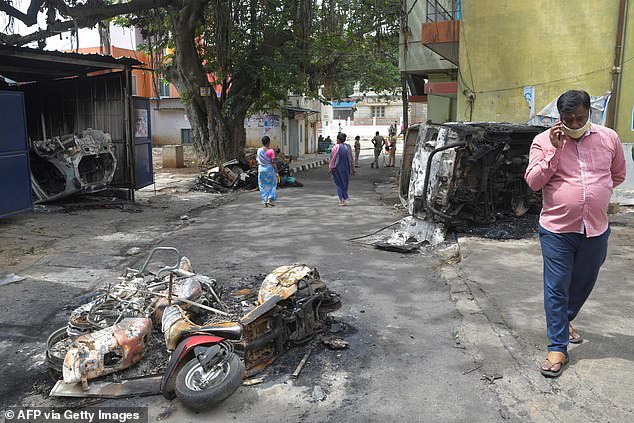 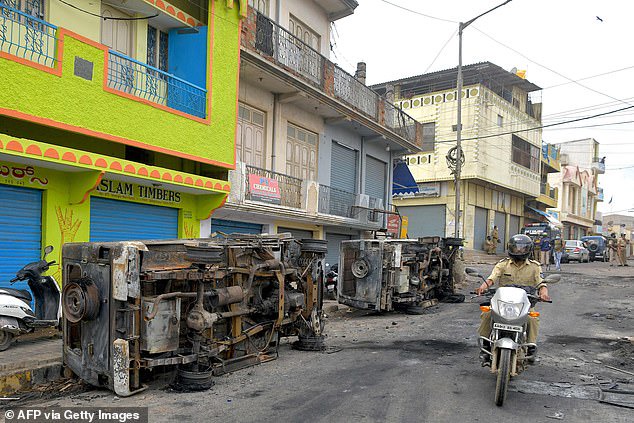 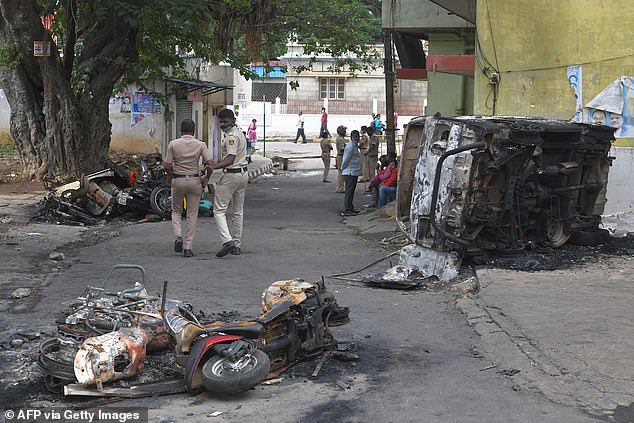 P Naveen, a relative of Congress MLA R Akhanda Srinivas Murthy who is allegedly responsible for the offensive post has been arrested and that the post has since been deleted.

Naveen later claimed that his account had been hacked and that he would file a complaint, according to News18.

“For the fault of some miscreants, let us not fight among ourselves,” he said. “Whoever has done that, let police and government take action legally. I am also with you to see that whoever it is, is punished. Please maintain calm.”

‘What was written about the Prophet is the working of a sick mind with an intention to create violence,’ Congress Party lawmaker Dinesh Gundu Rao said on Twitter.

‘It is highly objectionable and such statements about any person revered by any community needs to be handled in the strictest way possible by the authorities.’

A group of angry protesters were filmed gathering outside the politician’s house throwing stones, and setting fire to vehicles parked along the road.

“We are investigating the issue and will make use of the CCTV footage to see who is behind these violent acts, and will take stringent actions,” Basavraj Bommai, home minister of Karnataka state, told a news channel.